Dreaming of Hawaii. Or anywhere without damn snow.

(Soaking in the last bit of sun before impending snowpacalypse)

This will be my second winter in Montreal. Not looking forward to the snow piles, the ridiculous traffic and parking conditions, the freezing wind, and being stuck indoors. 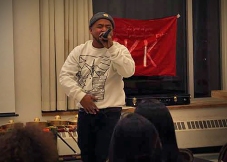 “You young people, full of vigor and vitality, are in the bloom of life, like the sun at eight or nine in the morning. Our hope is placed on you. The world belongs to you.” – Mao Tse-Tung

Congrats to Anakbayan Montreal for a successful event to commemorate their 5-year anniversary! Thanks for having me! Mabuhay!!!

Had an absolute BLAST as guest host/vocalist during last week’s #LeCypher. Much love to the homie Vincent Stephen-Ong, my co-host Shem G, and the Urban Science band for having me out! And shout out to Rap Battles For Social Justice and all the folks to jammed and partied with us! Good times!!! (Photos Manikmati Photo)

Had a blast performing at Montreal’s beloved hip hop jam #LeCypher last week! AND I’m gonna be back again this Thursday as guest host/vocalist! Roll thru and catch me rockin the stage with the Urban Science band!!! 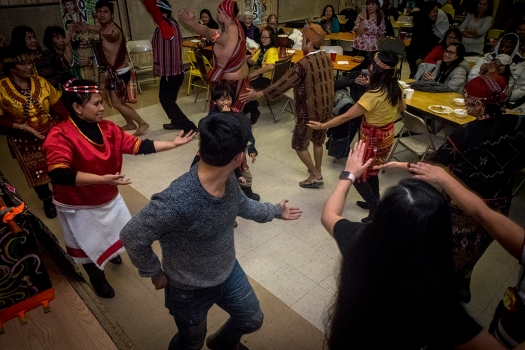 One of the more interesting discoveries I’ve made here in Montreal is how visible and active the Filipino indigenous community is. Whether it’s Igorots from the Cordilleras, or Lumads from Mindanao, those who have managed to protect and hold on to our native cultural practices are doing there thing way out here in snowlandia. This past Sunday, I had the privilege of attending an even to celebrate Indigenous Month Montreal (don’t quote me on that title, but hopefully you get the idea). Not only was it a cultural sharing with song and dance, but it was also a situationer on the current conditions in places like the Cordis and Southern Mindanao, where indigenous communities are under threat of displacement at the hands of mining and logging companies encroaching on their ancestral land. I feel that those attempting to “reclaim” our Filipino culture have an obligation to raise awareness and advocate for the communities that we’re reclaiming the culture from; what significance is one’s tribal tattoo if those same tribes back home are being harassed and attacked by multinational corporations? Looking forward to building more with organizations here like FIPOQ (Filipino Indigenous People’s Organization of Quebec).

The recent drumming up of racist, xenophobic, and islamophobic rhetoric has not gone unnoticed. Anti-racists and anti-fascists from all over Canada have stepped up to disrupt the far-right in their attempt to attack our communities. On November 12th, thousands of folks mobilized in Montreal to let our voices be heard, that we will not stand for the hate. It was a militant yet peaceful march attended by young and old, including Filipino community orgs BAYAN, Centre for Philippine Concerns, Migrante, PINAY, and Anakbayan. 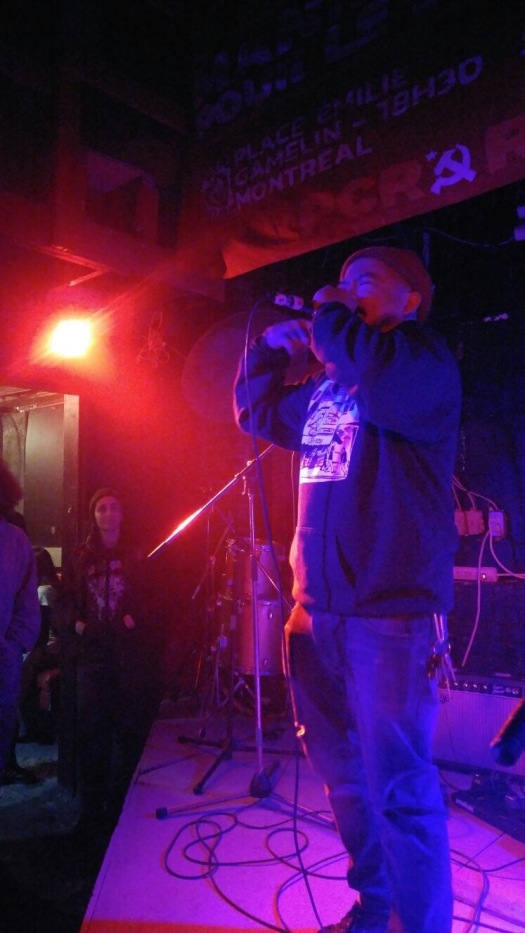 Merci beaucoup tout le monde who came out last night to the Soiree Hip Hop show in Montreal! Glad I made it through that set despite the sore throat. Thanks Julay for the photo! 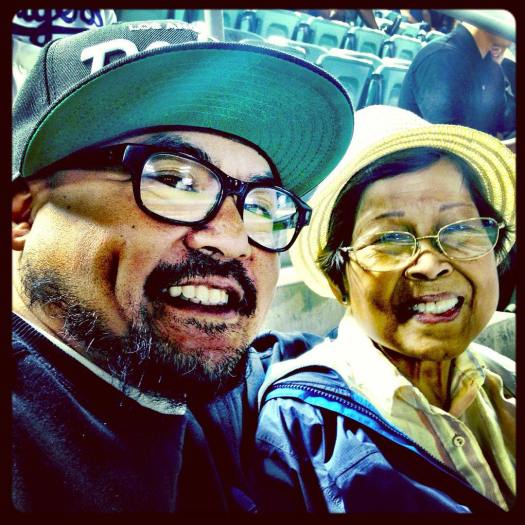 Baseball was my first love; the first thing I was ever passionate about. My Mexican/Salvadorean/Korean neighbors and I would play games in the middle of our street, and the Dodgers were our reference point and religion. We would mimick Fernando Valenzuela, Pedro Guerrero, Steve Sax, Mike Marshall, and the bulldog, Orel Hershiser. I was too young to remember the ’81 championship, but 1988 was vivid. That season we signed Kirk Gibson. Perhaps on the tail end of his career, he was a former MVP who won a chip with the Detroit Tigers a few years earlier. Well, we all know what he did to that Dennis Eckersley pitch during our World Series. .
.
The city of Los Angeles is distracting. Outside of sports, there are a million things simultaneously happening to occupy one’s time. I seriously thought I was going to grow up to play baseball. Then skateboarding took over. Then tagging. Then gang banging. Then hip hop. In a way, the Dodgers became sidetracked along with me. After ’88, they became mostly a middling team with shitty owner and a lot of disappointment. .
.
Finally back on the winning track (the Dodgers have been in the playoffs the last 5 years), this particular postseason was the closest we’ve gotten to winning it all. But now the dust has settled, and it’s just 29 years of heartbreak and counting. .
.
But really, the Dodgers are one of the few things that keeps me connected to my hometown. It is a text thread with me and my closest LA homies. It’s the first time I took my mom to a Dodgers game, four months before she passed away. It’s a fitted cap with a simple and iconic logo that I wear as my flag, here, in another city and country 3000 miles away. It is the REAL Los Angeles that outsiders seem blind to: working class, immigrant, black and brown soul. It’s a contradiction, the dirty business of professional sports, the exploitation of athletes, and the displacement of communities to build stadiums. It is blind fandom that is mostly senseless but for certain moments makes all the sense in the world. In the end, the “sports” part of it isn’t as important as the bonds and memories it creates for me. Win or lose, puro Dodgers por vida.

Hot off the presses! The 10-year anniversary re-designed reprint of one of my favorite projects, The Summer Exposure Mixtape. Mixed by DJ Phatrick, it’s 22 tracks (plus one Nomi drunk interlude) of pure heat! Gonna be slangin these at my show in Montreal on Saturday 11/4! Roll thru and pick one up!